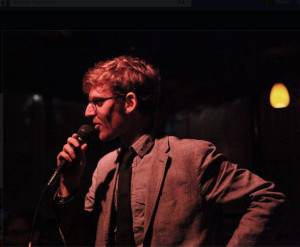 Andrew Linderman is a writer, storyteller and story coach based in Brooklyn, NY.  He teaches storytelling at Media Bistro, General Assembly, the Brooklyn Brainery and New York University, and is the founder of The Story Source, a consultancy that helps artists, business people and entrepreneurs tell compelling stories. His former clients include Google, American Express, Penguin Radom House Publishing, PBS, and dozens of small businesses and startups around the world.

Prior to founding The Story Source, Andrew served as a story coach with the community and education programs at The Moth, a MacArthur award-winning non-profit dedicated to the craft of storytelling, and trained as an actor and improviser at the Upright Citizens Brigade and the Atlantic Theater Company in New York City.  He currently serves as the executive producer of Local Stories, a monthly storytelling series featuring New York City’s funniest writers and performers, and tells stories all over New York City.

Andrew is a graduate of the University of California, Berkeley and has worked as a city planner, a radio DJ and an economist.  He has lots of stories to tell, but promises never to tell them in the third person.