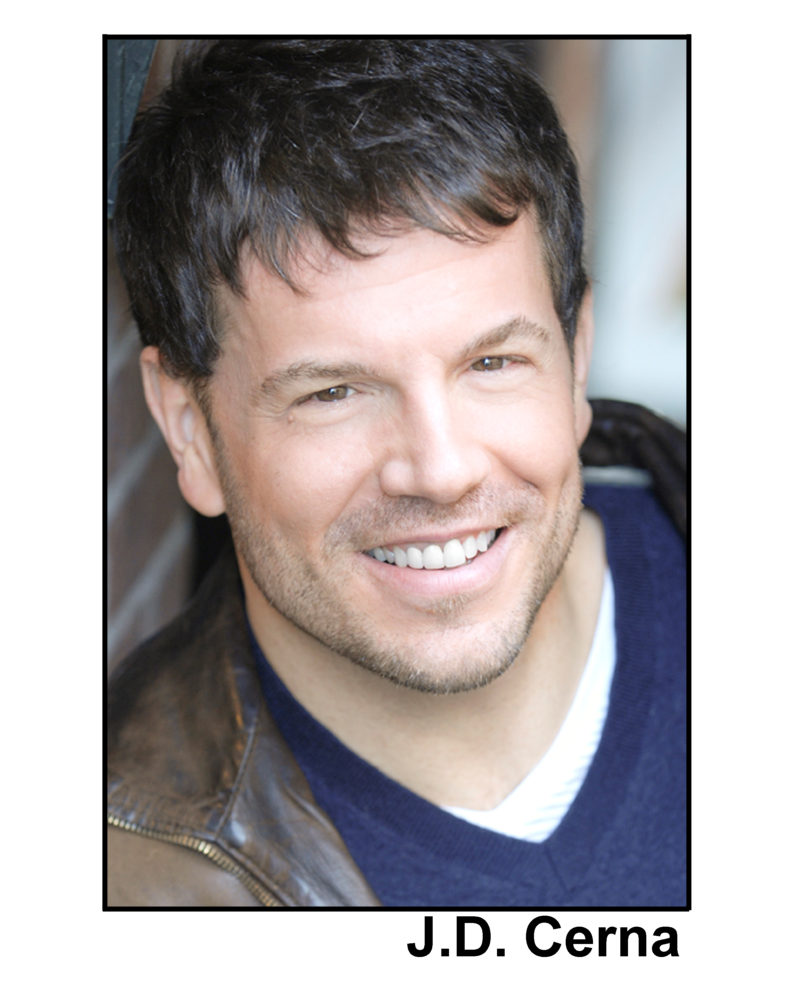 J.D. Cerna penned and performed “The Flight of the Goddamned Butterfly”which ran for seven months at New York’s legendary Rose’s Turn. The play received a Mac award as well as a special invitation to the “Just Add Water” Festival at NY Theater Workshop under the supervision of James Nicola. About “Butterfly”, the New York Daily News wrote, “Cerna writes with a wonderful sense of humor and humanity” and “the play will lift your heart”.

Cerna’s next self-written solo performance venture, entitled “Not as Cute as Picture”, was nominated for a GLAAD Media Award in the category of“Outstanding Theater Washington D.C.” “Not as Cute”, which chronicled Cerna’s survival jobs as cruise ship entertainer, porn editor, and bartender, led to Cerna being offered a regular columnist job for the Washington Blade (2002-2005). It also led to Cerna writing and performing solo radio plays for WETA-FM in Washington D.C. One radio play, “The Holly Way”, details two awkward weeks in which Cerna shared a house in the Hollywood Hills with Holly, the redheaded model from The Price is Right. Cerna has been published online by Advocate.com. His story, “Victim and Bully No More”, details a bittersweet reunion Cerna had online with a high school bully who had been relentless in victimizing Cerna and taunting him with antigay epithets and slurs. The story was Advocate.com’s cover story for several months and it ended up on several anti-bully websites.

Cerna studied playwriting at New York’s Playwrights Horizon (his play “ArriveDressed” received a staged reading). Cerna is a proud graduate of New York University where he performed in several Tisch school productions; he also studied Dramatic Arts at The Catholic University of America.