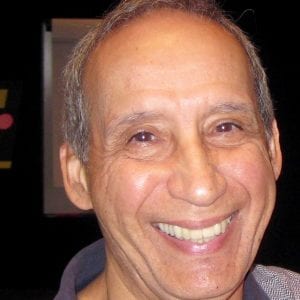 Felix Pitre, a Kennedy Center Teaching Artist, found his way there as a performer of bilingual programs. A Nuyorican, he credits his career to the life changing education he received at the original Performing Arts High School. Born in Cataño, a small village across the bay from San Juan, he arrived in New York City at the age of two, attended the public schools, and received his B.A. in theatre from Hofstra University. After working as an actor in theatre, film, and TV, he created a performance called Stories and Songs of Latin America, using his grandfather’s stories and songs heard growing up in a mucho multicultural family. The demand for the program led to performances throughout the country, from the Kennedy Center and Smithsonian to classrooms, libraries, museums, and festivals. Two of his stories, Juan Bobo and The Pig and Paco and The Witch, became picture books and his signature program, Stories and Songs of Latin America, is now a CD. His workshop, Exploring Latin American Culture Through Animal Folktales, is a product of his experiences as a performer/educator and training in the Changing Education Through the Arts (CETA) program at the Kennedy Center.