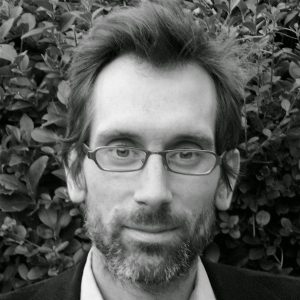 H.R. Britton is a storyteller, actor, educator, and musician who counts Madison as his home town (and he’s just returned after nearly 20 year away).  He creates full-length solo storytelling shows which often involve live music, and which he has toured around North America (Nikolai Gogol’s “The Nose,” “Melting in Madras,” “Jesus Rant,” and “The Kafka Thesis”).  Recently he performed with Amy Salloway in her monologue-plus-one-actor, “Entwined” in the Minnesota Fringe.  In Boston, he worked for many years with the storytelling organization MassMouth to produce and promote story slams and storytelling workshops in Eastern Massachusetts.  He loves curating and hosting monthly spoken word variety shows, such as “Stories to Scenes,” which featured a comedy improv troupe in Boston, and “Lower East Side Stories in NYC.  In film he’s had small-but-punchy roles in Ronald Bronstein’s “Frownland” and Max Weissberg’s “Room 4 Rent” and “Summertime in New York.”  This fall he collaborated in the Are We Delicious production of “The Bacchae.” In the 90’s he co-founded and co-led Madison’s eclectic and surrealist folk-rock troupe The Blissters.