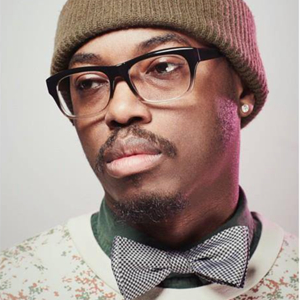 James “SoSoon” Gantt is a New York City Hip-Hop artist, director, scholar and educator. The moniker SoSoon, an acronym for S ound O f S omething O ut O f N othing represents the heart of Hip-Hop culture which was developed by people who had no access to outlets for creative expression. The self proclaimed “Spike Lee of Hip-Hop” often strives to mesh entertainment with education. His sound is often compared to Kendrick Lemar and J-Cole.

James currently works as a teaching artist and producer at The Door A Center of Alternatives where he provides an outlet for youth to develop their artistry through music. His production credits include Life and Sounds Volume 3 and Youth in Revolt Volume 2. James is the 2015 winner of the Issac Kwock Grant for Social Justice. Funding will go towards Mayor of Your City, a project that began in South Paris three years ago aimed at engaging youth as citizens through Hip-Hop. Participants are asked “If I were mayor of my city, what would I do to improve the lives of my fellow citizens?”