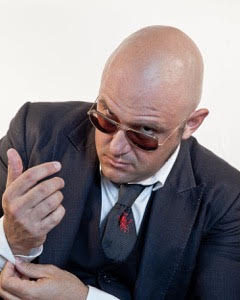 Jeff Simmermon is a storyteller, standup, and the producer/performer behind ‘And I Am Not Lying,’ a monthly variety show at UCB East. He teaches storytelling and comedy at QED in Astoria as well through the UCB TourCo.He is the producer of ‘And I Am Not Lying,‘ a variety show that combines stand-up, storytelling, burlesque, sideshow and music on the second Friday of every month at UCB East. He has won multiple Moth StorySLAMS, including a GrandSLAM in March of 2014. His stories have appeared on This American Life, The Moth’s podcast, and in written form on The Paris Review Daily. You can follow him on Twitter: @jeffsimmermon